This is how obesity can increase your diabetes risk

Exploring the link between obesity and type 2 diabetes and how changes to your lifestyle can help prevent a diagnosis. 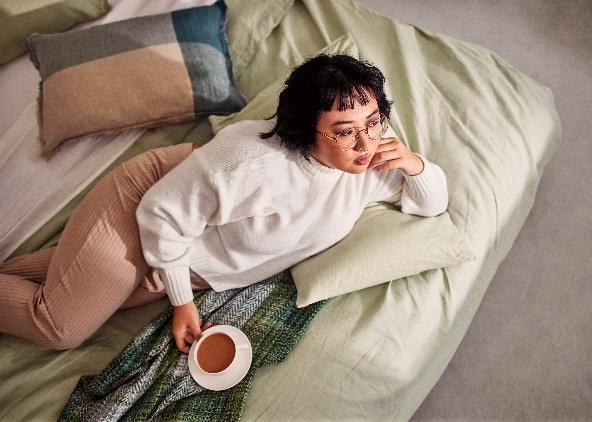 Whether you’ve been diagnosed with diabetes, know someone who has, or have been told you’re at risk, it can be overwhelming and a little worrying to discover.

Whilst it can mean that you need to make some adjustments to your life, you shouldn’t feel scared — and you most definitely shouldn’t feel embarrassed or unable to talk about your health. Most of all, you certainly should feel shame about this condition — it's incredibly common and affects millions of people across the world.

In this article, we're going to explore the link between obesity and type 2 diabetes and how changes to your lifestyle can help prevent a diagnosis.

Diabetes, formally known as diabetes mellitus, is a disease that occurs when blood glucose (blood sugar) is too high. It happens when your body either doesn’t produce enough insulin (or any at all) or the insulin it does produce isn’t effective. The two main types of diabetes are type 1 and type 2.

Type 1 diabetes is an auto-immune condition where someone cannot make insulin at all. Type 1 requires lifelong treatment and isn’t often associated with lifestyle factors as it's thought to be caused by genetics.

Type 2 is what we’ll be focusing on in this article and refers to when the body stops producing enough insulin or becomes resistant to the effect of insulin produced, which is called insulin resistance [1].

Unlike type 1, people with type 2 can go into remission. This can occur if the diabetes is caught early and a healthy lifestyle is adopted, including weight loss, diet changes, and reducing stress [2]. However, there is still no permanent cure for type 2 diabetes.

Of those diagnosed with diabetes in Australia, 85.5 per cent have type 2 diabetes [3]. Although these conditions are different, they are both serious and require treatment.

You may have also heard the term pre-diabetes (also known as borderline diabetes). Pre-diabetes refers to someone who has blood sugar levels above the average but not yet high enough to be diagnosed with diabetes.

Pre-diabetes can be difficult to diagnose through symptoms alone because you’re unlikely to experience symptoms. Healthcare professionals will be able to test your blood sugar levels with a simple blood test, which can determine whether you’re at future risk of getting type 2 diabetes.

If you've been confirmed as having pre-diabetes or told you're at risk of developing type 2 diabetes, it's incredibly important that you make lifestyle changes sooner rather than later.

What are the symptoms of diabetes?

The build-up of glucose in the body causes an array of symptoms — some much more severe than others. We’re going to focus on the symptoms of type 2 diabetes, which can include:

You may also have no symptoms at all. In fact, six out of 10 people with type 2 diabetes experience no symptoms before being diagnosed [4].

People can have type 2 diabetes for years with symptoms but can go undiagnosed. If you experience one or more of these symptoms, it's a good idea to seek the help of healthcare professionals.

What are the causes of type 2 diabetes?

Diabetes happens when your blood glucose levels are too high. Or, if your body doesn't produce insulin. But how does the process work? Well, it's actually a little complex.

To put it in simple terms: When you eat, your body breaks that food down into blood sugar, which then enters the bloodstream and signals to your pancreas to release a hormone called insulin. This hormone helps the body turn blood sugar into energy and maintain that energy throughout the day and night.

However, if this process isn't working exactly as it should, you can experience all sorts of symptoms and it can lead to developing diabetes.

Who is at risk of diabetes?

It's difficult to determine exactly who is at risk of type 2 diabetes. What we do know is that it's a combination of factors. These can include:

Obesity is defined as excessive fat accumulation that presents a risk to health [5]. Technically, a body mass index (BMI) over 30 is considered obese, but the BMI is largely considered to be an unhelpful way to determine someone's health based on their weight.

The BMI was developed in the 1830s to quickly collect data on the “average Belgian man”, failing to take into account women, other nationalities, age, health conditions, or genes [6]. In fact, up to 80 per cent of weight can be genetically influenced [7].

In saying that, knowing what your BMI is can help you determine what the healthy weight range is for you and where you fall in the BMI guidelines.

What role does obesity play in diabetes?

Let’s be clear: your weight does not define your health. However, sometimes you may want to make changes to your overall lifestyle in order to improve your health. In the case of diabetes, obesity can be a risk factor.

So, how does obesity cause diabetes? There is a seven times greater risk of diabetes in obese people compared to those of healthy weight, with a threefold increase in risk for overweight people [8].

You may also be at increased risk if you are going through perimenopause, so it’s important to track any symptoms you're having and talk to your doctor about certain lifestyle changes you can make.

Does obesity cause insulin resistance?

In short: it’s complicated. Studies have shown that obesity can cause insulin resistance [9]. However, it’s not as clear-cut as it seems. Some forms of obesity are at higher risk of being insulin resistant than others.

A research review in 2014 highlighted findings that obesity caused by subcutaneous adipose tissue mass (the fat under the skin) increases insulin resistance by 48 per cent [9].

Whereas an increase in visceral adipose tissue mass — also known as organ fat, as it is located between the organs such as the stomach, liver, intestines, and kidneys — increases insulin resistance by 80 per cent.

This means that insulin resistance is not found in everyone who has a high body mass index or is classed as obese. The same study explains that this could also be why some ethnic populations have a low BMI with high waist circumferences but have high instances of insulin resistance and type 2 diabetes.

For these reasons, insulin resistance is commonly associated with obesity.

Can diabetes be prevented?

Your doctors will be able to tell you whether you have a high chance of developing type 2 diabetes.

How to prevent type 2 diabetes

The good news is that there are a number of things you can do to prevent type 2 diabetes, but that doesn’t mean you have to undertake drastic changes like losing lots of weight immediately in an unsafe way.

Always seek the help of your doctor when making lifestyle changes of this nature.

There are a few long-term things you can do to prevent your risk of being diagnosed with type 2 diabetes, including:

There are also a few smaller habits you can adopt, which include things like:

As we mentioned above, physical activity and eating a balanced diet can help with all areas of your health but particularly when dealing with pre-diabetes and type 2 diabetes. Having said that, due to genetic influences, diet and exercise aren't often enough to move the needle and in this case, medication can help with health-related weight loss.

Juniper's Weight Reset Program combines clinically-proven medication (which regulates digestion and reduces your appetite) with health tracking and one-on-one health checks with one of Juniper's doctors to help you make positive changes to your life so you can keep off the excess weight long-term and positively impact your type 2 diabetes.

Juniper’s group of endocrinologists, dietitians and medical doctors are there to support you throughout your entire weight loss journey. You don't have to do it alone. Thousands of Australian women have found new confidence with Juniper.

Give this a go: 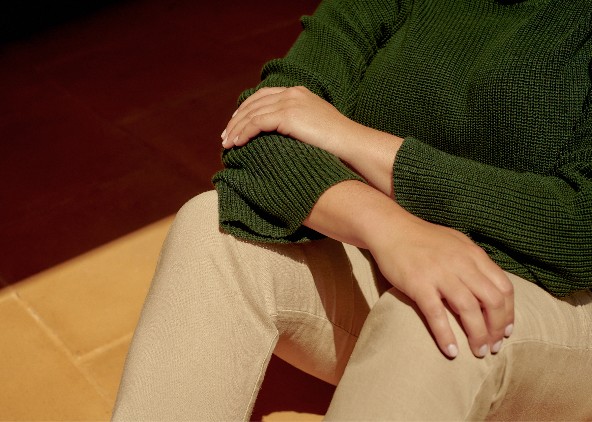 Why does menopause cause you to gain weight? 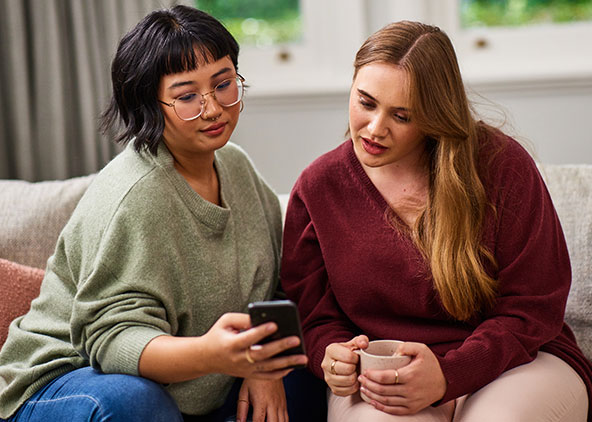 What is considered to be a healthy BMI range in Australia? 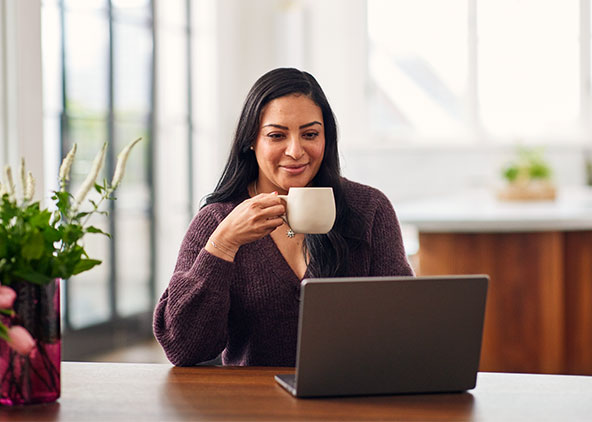 Weight loss surgery: Side effects and risks to know about 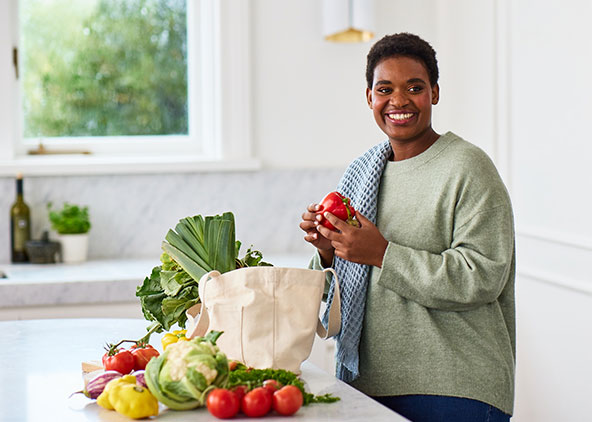 5 daily habits that can help you lose weight